Today I wish to introduce you to Aiden, a five year old boy from New South Wales. Aiden lives with his parents and two siblings (an older sister and brother) on the south coast. Aiden’s heart condition was first diagnosed about 3-4 weeks after birth, during a stay in the neonatal unit in the Canberra hospital, the nearest tertiary level hospital to the south coast. Aiden had been there since birth because he was a premature baby, and small. At that time, there was no paediatric cardiologist at the hospital. His final diagnosis was made by a visiting paediatric cardiologist from the Sydney Children’s Hospital in Randwick. This required Aiden and his mother to travel a significant distance from their family home on the south coast to Sydney or Melbourne for surgery. The diagnosis came as a shock to the family because prior to this, there had been no indications from medical staff that there were heart problems.

Travel and open heart surgery
Aiden and his mother waited for 4 weeks in the hospital before Aiden could receive surgery. They were over 4 hours by car away from the rest of the family. This was a traumatic time for them all. The open heart surgery took place on 13th December 2012 in the Sydney Children’s Hospital, Randwick, New South Wales. Aiden’s biggest issue was a very large VSD which was patched during surgery. After the surgery, while still in hospital, Aiden experienced some epilepsy.

Post-surgery
Since his heart surgery Aiden has been hospitalized about 5 or 6 times, usually with respiratory issues such as asthma. The most significant time was when he and mother were flown out by CareFlight through NETS (Newborn and Paediatric Emergency Transport Service) from their south coast home to the Sydney Children’s Hospital. He was hospitalized for a week in intensive care at that time.

The future
In spite of the successful surgery, the family were told that where they lived (country area with restricted allied health support services and medical specialities) was not ideal. It would be better to move to a large city. This created angst for this family of five, finally, making the decision to stay where they are. Aiden now attends local day care and is a happy and energetic little boy. His surgery is not discussed a great deal but his surgical scar is referred to as the ‘superman scar’. Aiden calls it ‘my super’. 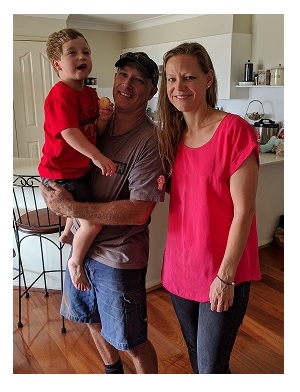 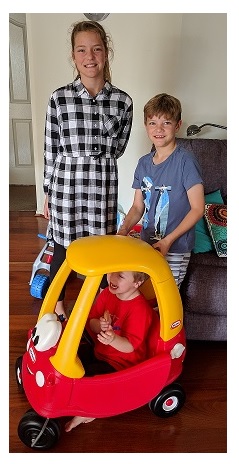 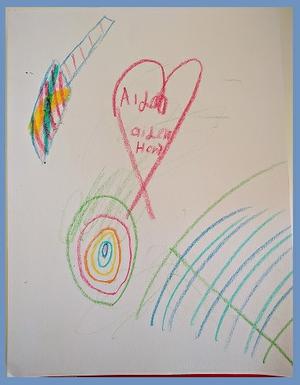