Ali was the First Australia based Patient to be part of the OPERATION BRAVEHEART Research Programme. Originally from Iraq, Ali moved with his family to Sydney in 2016. Immediately after arrival Ali received treatment for a very complex heart condition at The Heart Centre, the Children’s Hospital Westmead.

We would like to introduce you to Ali, a 12 year-old boy who came to Australia as a refugee in 2016. Ali’s heart problem was first noticed by his mother and father in Iraq when he was 2 years old. Ali would get very short of breath and turn a bluish colour. His mother took him to a doctor near their home and later to a heart specialist at the heart hospital. However, Ali’s heart condition was very complex and none of the medical professionals In Iraq could treat Ali’s condition.

The family move
Sometime later, because of the political destabilisation and threats against the family, the family- mother, father, brother and sister - moved from Iraq to Jordan. There, they appealed to help from the United Nations. Ali was examined and many tests were performed but still none of the medical profession could help.

Refugee status and move to Australia
The family were accepted as refugees to Australia in 2016. Just 16 days after their arrival in Australia, Ali had his cardiac surgery. Ali‘s heart is located on the right side of his chest cavity, it only has two chambers, not the normal four, hence it is a very complex case. The surgeon wanted to reconstruct his heart to be more functional. It is now over one year since his surgery. He is progressing well, despite a couple of visits to hospital and some further catheterizations. His entire family, both in Australia and in Iraq, are extremely grateful to the medical team at The Heart Centre, the Children’s Hospital Westmead, for Ali’s well-being.

The future
The whole family are still adjusting to a new country, a new house and new, almost everything. Ali is hoping to go to school soon and he is keen to practise his English. Mrs Etihad Tobia, an Arabic interpreter, and I have visited Ali and his family at home 3 times and we will make further visits in the future. 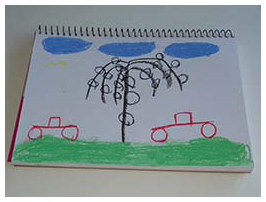 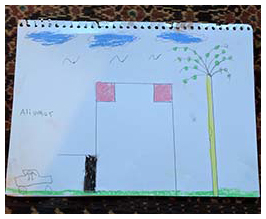 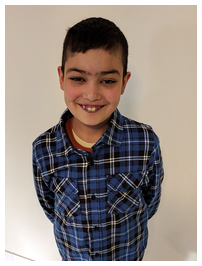