Prebirth
Aria is a little girl who is just over a year old and who lives with her parents in south suburban Sydney, New South Wales. Aria had open heart surgery in late November 2017 when she was almost 5 months old. Her heart condition, a TOF (Tetralogy of Fallot) had been diagnosed antenatally at her mother’s 19 week regular scan. This diagnosis was a very traumatic and shocking experience for Aria’s parents because she is an IVF baby, that was a struggle in itself. Both parents felt this was an unprecedented challenging situation, how much more could there be? However, Aria’s mother is a nurse at a children’s hospital in Sydney, and she was able to draw on her own knowledge and other specialists (cardiology nurses and a cardiologist) from in the hospital, for support. Both parents had to get up to speed on the medical issues and learn how to assess the situation to make an informed decision for the future.

After birth
Aria was moved from the maternity and childbirth ward of the general hospital to the neonatal ward in the children’s hospital. She was there for two weeks and underwent 2 catheterizations for her atresia. Her parents stayed with her in the hospital hostel accommodation for the entire two weeks. At 5 weeks of age Aria was admitted to hospital overnight for an apnea. Aria continued to put on weight and grow but more slowly than other children of her age. She would tire easily and become breathless. Her developmental milestones were compromised and she required extra assistance in reaching them. However, her parents were fully aware and understood that if she didn’t have the surgery she would die, despite the risks involved.

Open heart surgery
Aria’s open heart surgery took place on 30/11/2017 with one of the surgeons in the hospital. The operation went smoothly, despite some unforeseen issues arising during the operation. Aria recovered well and came home after 7 days.

To the present
Aria is doing well, she is eating well and reaching for the milestones of her peers. She is a happy baby, very chatty, and busy taking her first steps. We will see and hear more of Aria in the future. 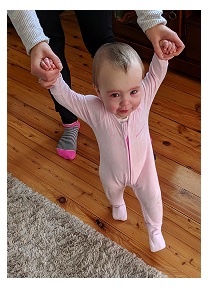 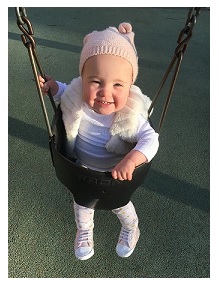 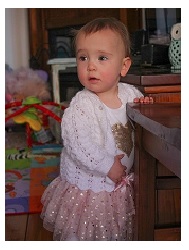