Please let me introduce you to Beau. He is a 4 years old boy who lives with his mother, father and older brother in south Sydney New South Wales, Australia.

Antenatal monitor
Before Beau was born, because he was an IVF baby, some genetic testing was done that indicated that there may be a problem (Trisomy 18 Edwards Syndrome). His mother and father were anxious – they had waited quite a time to have this baby. They decided to continue with the pregnancy. The testing continued throughout the progression of the pregnancy until two weeks prior to his birth when the geneticist said that there was a chance he would be ok. Apparently, sometimes IVF babies give off false readings.

First diagnosis
Immediately after birth, Beau’s mother, Lauren, had some doubts about his condition because of his breathing, noticeable to a mum with a lightweight baby. At this time, the paediatrician heard a heart murmur but was not unduly concerned, and was concentrating on other issues. At the 6 week routine check-up the same paediatrician could hear an even louder heart murmur and Beau and his mother were referred to a cardiologist. It came as a shock when they were told he would need surgery for a VSD (a hole in the wall separating the two lower chambers of the heart), and an ASD (atrial septal defect – small hole in between the 2 upper chambers of the heart – the atria).

Surgery
At 4 months, on 17th September 2015, Beau had his heart surgery at the Sydney Children’s Hospital in Randwick, NSW. It was more complicated that at first thought. As well as the VSD and ASD, Beau had a TOF (tetralogy of fallot – i.e. a combination of 4 heart defects) and his VSD was larger than originally estimated. He was in ICU for 6 nights and one day in the hospital ward. Beau’s parents were at home for most of that time because their other son needed them too. At the hospital, ward nannies (as they are called), were visiting Beau and holding him for up to 5 hours. All the hospital staff were very supportive - the surgeon, cardiologist and nursing staff. As well, HeartKids members visited and spoke to them too. Beau’s mother also took lots of photos of the journey through surgery. Because of her strong feelings Lauren started a crowdfunding page about Beau, to build awareness and to give back something to the hospital. People donated blood to the hospital for other kids with the same condition. On the day of Beau’s surgery, people wore a bow tie or a bow in their hair to show support and gave a monetary donation to the hospital. These donations were used to create a new fairy garden at the hospital.

Post-surgery
Beau is doing well. He has been hospitalized a couple of times since his heart surgery but for other unrelated issues. Beau lives next door to Ollie, another BraveHeart child, (see website) so the two share some play time and experience their ‘special scars’ and their stories. Lauren’s photo album is brought out several times to remind Beau of his experience and also help his brother Lachlan appreciate his brother’s illness. Lauren and Jana (Ollie’s Mum) talk and participate in some activities together. The family continues to receive friendly support from a wide social network and family. At present, Beau is really into toy unicorns and dress ups. 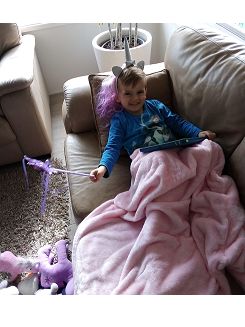 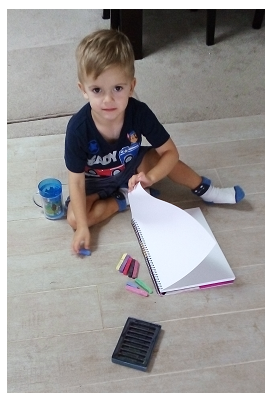 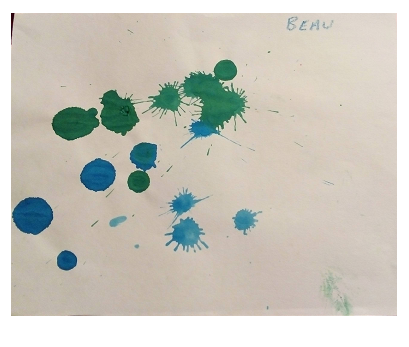