Gaylon Cupido is an active, bright-eyed, little boy who was recruited into the study in January 2012. He was accompanied by his grandmother, Mrs Cupido who is his primary care-giver.

Gaylon is five years old, and was diagnosed with a heart condition when he was only 3 months old. Like many of the other patients in our study, Gaylon required heart surgery to narrow a thickened valve in his heart which was affecting the flow of blood. As a result of his condition, Gaylon tired easily and would feel ‘lame’ on very warm sunny days.

Gaylon received his surgery in April 2012, and although he made a full recovery, he was later booked in for another surgery to further widen the valve. Mrs Cupido says that Gaylon now does not tire as easily, and is a very active healthy young boy. 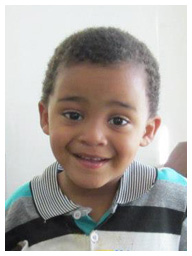 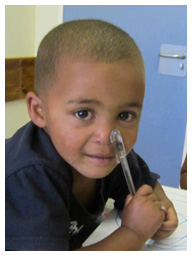