Cynthia Hunter and I visited Lynne and Kayleigh Kuter one evening in May and found them both well. These photos describe our visit and I am sorry they are so dark. Mrs Kuter told us that Kayleigh now faces a second operation and this is difficult for the family and little Kayleigh. We will be privileged to learn how Kayleigh does as she goes through this next step in her recovery and thank the family for keeping Operation BraveHeart alongside them on their journey.

Mrs Kuter was extremely pleased with Kayleigh’s progress in June last year when I met with her and Kayleigh. She said that Kayleigh “had picked up so much weight and had far more energy. Before her operation,” she said, “Kayleigh was weaker, much more fragile, and her arms and hands were weak. Now she can go forwards and backwards on the monkey bars, because her upper arms have really strengthened and she practices at school every day, she’s so excited about doing the monkey bars we have to stop at every park”. During our interview, nodded and answered questions whilst being busy with her toy doctor’s set.

One memory Mrs Kuter shared is most important in terms of the support parent’s give each other during surgery. Mrs Kuter described, “I think the memories of friendships that you make with people from different walks of life. Being there - I was there for eight days, day and night - means you have to adjust to that life there; because you’ve got a little cupboard and your bag. I had all these people visiting and bringing bags of fruit and stuff and I would always go round and hand it out to other mothers. One mother told me she’d been there for three months and her child was on and off sick, and she’d run out of money, and things like that - so you start sharing your stories because there’s nothing else to do but sit there for 24 hours a day every day”.

Kayleigh Prior to Surgery February 2012.

Kayleigh is bright little four-year old girl who was recruited into the study in February 2012. Kayleigh lives with her mum and brother and spends her days with her grandmother and grandfather.

Her mother, Mrs Kuter was informed of Kayleigh’s heart condition when she was 5 months pregnant. Shortly after birth, Kayleigh underwent an initial artery-banding surgery to correct congenital heart defects.

Mrs Kuter always knew that Kayleigh would require further surgery and this was finally performed in June 2012. Kayleigh made a spectacular recovery - her breathing improved and she tires less now after the surgery.

She will require further surgery in approximately two years time but is enjoying her days watching movies, painting, and visiting her grandmother’s neighbours who simply adore her company. 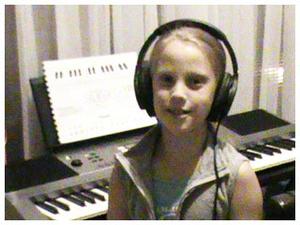 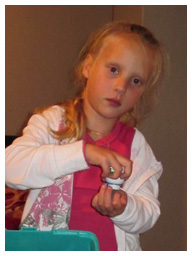