Muswamba is an energetic little 5 year old girl who lives with her parents and 3 sisters, one of whom is her twin. During a check-up while Muswamba’s mother was pregnant with the twins, the doctor found that her sister’s heartbeat was normal while Muswamba’s was slower. Despite this, Muswamba was never officially diagnosed with a heart condition until she was four years old. Her condition was only recognised when she was referred to a tertiary care centre by her local clinic after a consultation for the flu. Muswamba was recruited into the study in March 2012 and had her surgery in August 2012. She has since made a full recovery and is now able to keep up with her twin sister in all sorts of activities. 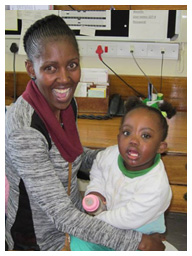 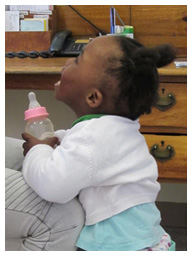