Mzamo had a follow-up appointment with one of the cardiologists, Dr George Comitis who has cared for him since his operation in 2012. Dr Comitis after close examination told him that he is doing very well and can lead a normal life visiting his GP or the clinic when he is ill. Mr Kili said he looks forward to taking Mzamo to the gym. Mzamo stays in Operation BraveHeart and we look forward to watching his continuing growth and good health.

Mzamo Mzakes writes: Dear Dr Lauraine Vivian I am very well and I am very happy with the information you wrote.Thank you for the support you given me and do the same for other children.I am glad I am well as other children.Wish you all the best. Mzamo Kili.

I met with Mzamo and his mother, Mrs Kili in their home in June last year. Mzamo is now 14 years old and has recovered well from his operation with Mrs Kili telling me that his health is now “Perfect!”
She said that in the past she noticed, “How in the (clinical) exam, ne, when he was breathing, he just took a deep breath, like (makes breathing sound with wheezing) and then stopped, and then sometimes he just felt tired…sitting down, but sometimes he just played like any other boy”.
Mzamo said, “I’m feeling wonderful and great. Before the operation sometimes I would get quickly tired, but now it’s a little bit better”.
When I asked him if he understood why he needed the operation he said, “The doctors told me that the hole (in his heart) was growing bigger and bigger”. “But,” he said, placing his hand over his heart, “I understand now, because I notice… now that even when I feel with my hands here…Yes, every day I just put my hand next to my heart… it’s different than before. Before the operation, sometimes I would not, like, feel it beating properly, but now it beats alright”.
I replied, “You can feel it’s a steady beat now? But how did you feel about having your operation?”
Mzamo said, “I was afraid, but I told myself, ‘God is always there’…I didn’t like the pain…but I was positive because my heart would be fixed”.
“What made you positive?” I asked.
Mzamo replied, “Um, the doctors told me I’d be alright, and my parents told me I would be alright, so I was positive. The doctors told me that I would be fine and my heart would be fixed and I believed them”.

First Posting on Mzamo in 2013

At 13 years of age, Mzamo is the oldest patient in our study so far. He is a shy, quiet but smart and brave young man, who is also a prefect at school. Born two months premature, Mzamo was of a low birth weight and had a heart condition which caused shortness of breath. His surgery had been postponed many times over the years, but Mzamo finally had his operation in March 2012, a month after he was recruited into the study. He has since made a full and speedy recovery and his heart no longer needed to work as hard as it needed to before. Mrs Kili considers Mzamo to be a normal boy now and is hopeful that Mzamo will no longer need the regular health check-ups in future. 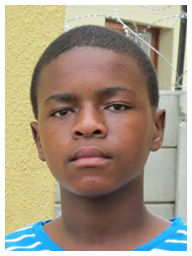 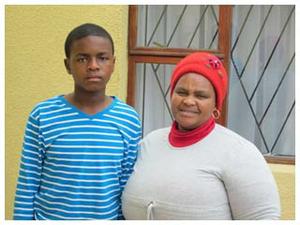 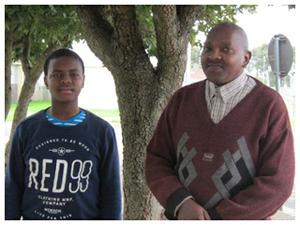